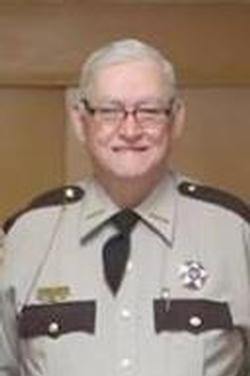 Bobby was a member of the Cayce Baptist Church where he had served as superintendent since 1982. He had also been an adult Sunday School teacher for the past four years. Hopper was the Sheriff of Fulton County, KY, elected in 1993, served as a deputy for nine years and also served as a constable for 3 years. He was a graduate of Fulton County High School and had received numerous hours of training with the Department of Criminal Justice. He had served as the chief for the Cayce Volunteer Fire Department for 21 years. He was a member of the Kentucky Sheriffs Association, Kentucky Boys & Girls Ranch, was commissioned a Kentucky Colonel and was a member of the Hickman Rotary Club. He had lived in this area all of his life.

He was preceded in death by his parents Bob and Alice Lowery Hopper.

Funeral service will be held at 1 pm Thursday, Sept. 22 at the Hornbeak Funeral Chapel with burial to follow in the Cayce United Methodist Church Cemetery. Visitation will be at the Cayce School after 5 pm on Wednesday, Sept. 21 and after 10 am Thursday at the funeral home.

Memorials may be made to the Kentucky Sheriffs Boys & Girls Ranch, 233 Sheriffs Ranch Rd., Gilbertsville, KY 42044 or the Relay For Life.